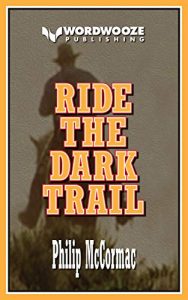 Loved writing this. A brand new adventure. Might be tempted to write a sequel 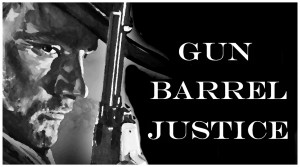 GUN BARREL JUSTICE Read the blurb on the home page. The black and white image is a mock-up composed by my son Jon to whet your appetite for the real thing which is now up and to be viewed on the home page. 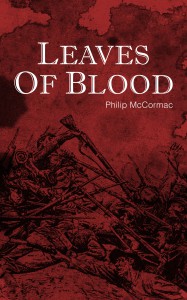 When his cousin persuaded him to visit a Boston whorehouse Mathew Hood had no idea of the life-changing events that would pitch him into the midst of the Civil War. In a miscarriage of justice Mathew was sentenced to hang. He fought his way to freedom. As an outlaw on the run he had to make a choice. Face the hangman’s noose or join the army. There was only one army that would take him and not turn him over to the authorities. It was 1861 and the Southern States were preparing for war. Mathew signed up with the Confederate Army.
Hated for his northern roots by some of the Confederate soldiers, Mathew had to watch for enemies in his own ranks even as he fought against the Federal Army at the bloody Battle of Bull Run. 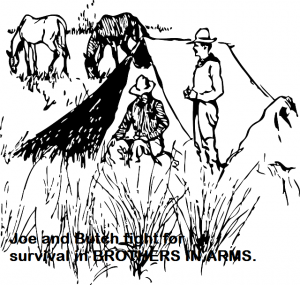 In BROTHERS IN ARMS the protagonists Butch Shilton and Joe Peters are engaged in a constant battle to stay out of prison and even more importantly in trying to stay alive. They are up against a gang of ruthless killers and every man’s hand is against them. They stumble from one crisis to the next. Can they survive against such odds. It is touch and go all the way through this action packed adventure. 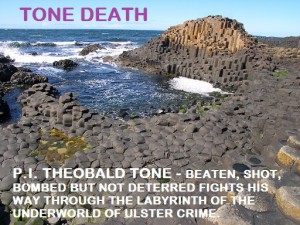 TONE DEATH is like no other crime thriller you have read. Private Investigator Theobald Tone has to cope with the ruthless underworld of Ulster criminals. Hardened by decades of war there is no atrocity too outrageous for these brutes. Casual torture, beatings, maiming and killing is second nature to these depraved villains. You might have heard of the SHANKILL ROAD BUTCHERS well meet their kin in the pages of this book.