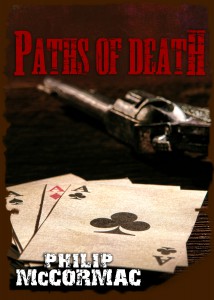 He had done with killing. That was all in the past. Zacchaeus Wolfe was now a peaceful farmer. But the Lazy K did not like sodbusters. The Kerfoots owned the land…and the law. His little farm did not fit into their plans. So old man Kerfoot and his five sons backed by a full complement of cowboys began to push Zacchaeus. But they were to find out the hard way what it was to have a curly wolf by the tail.