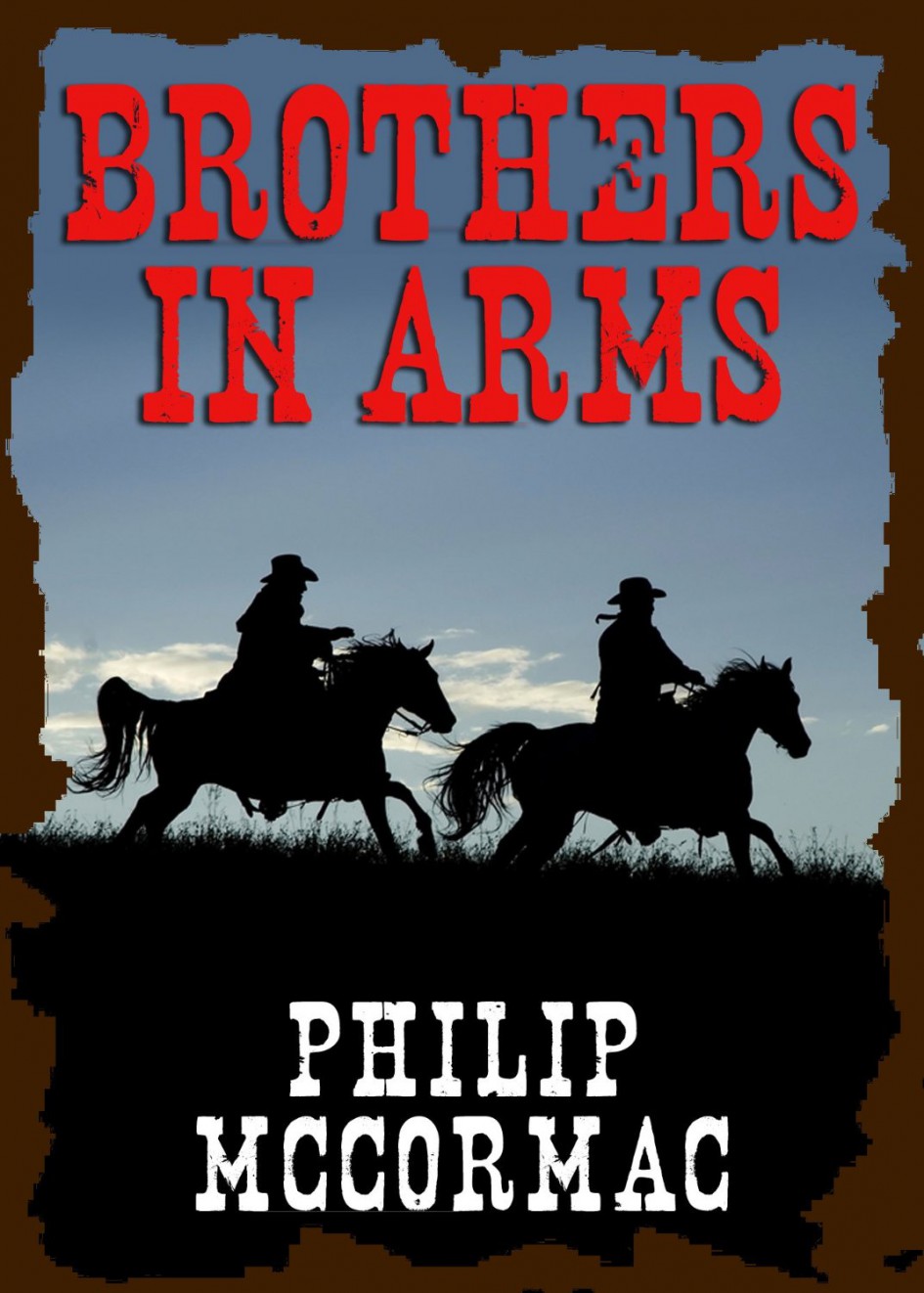 After a series of skirmishes they both find themselves facing a ten-year stretch in prison.
But before they can serve their time fate takes a hand.

A gang of outlaws ride into Empire Fastness Way Station and massacre the inhabitants.
Hidden in their cells, Butch and Joe are the only survivors.
After breaking free they decide to track down the killers.
But they find themselves accused of the mass murders.
With a posse on their tail and the killers of the Way Station seeking them their chances of surviving are slim.

Can these Brothers in Arms track down the killers and prove their innocence?

Or will they once more find themselves facing the long hand of the law.

‘Brothers in Arms’ is a thrilling Western adventure story.

‘A classic story of adventure and courage in the old West.’ – Tom Kasey, best-selling author of ‘Trade Off’.

“Philip McCormac writes in the best tradition of Zane Grey and Jack Shaefer.” Richard Foreman, author of Sword of Empire.